Eventually my loving adoring husband is going to put his foot down and mean it. AAANNNDD I might actually listen. For though he indulges me, and we got a new newest addition to the pack. Bascher is the crazy who can run to China without getting tired. He also gets punked by our 6.5lb kitten so we definitely didn't get a guard dog. lol. We love him though. 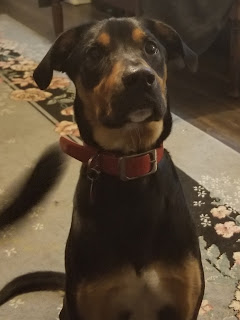 Meet  Polly Moto the newest member of the clan. A kitten that likes to be with me ALL THE TIME to include when I try to type. lol Of course the reason she is called Polly is because when I get home she wants to sit on my shoulder (no picture). I'm thinking of making her a liz outfit so I can go as Miss Frizzle for Halloween. If she is going to be my little writing buddy then lets embrace it. All the other animals love the hubby more anyway.

OF Course her brother was not amused. Though now he simply looks at me with
an "You owe me one" expression. Could be worse. At least now the females out number the males for the first time in like ever. :) 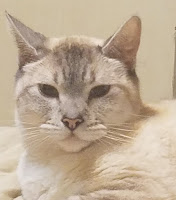 Anyway I got a shiny for my birthday. I am looking forward tonight to sitting and reading it.

Wrath of the Goddess by Lauren Dane 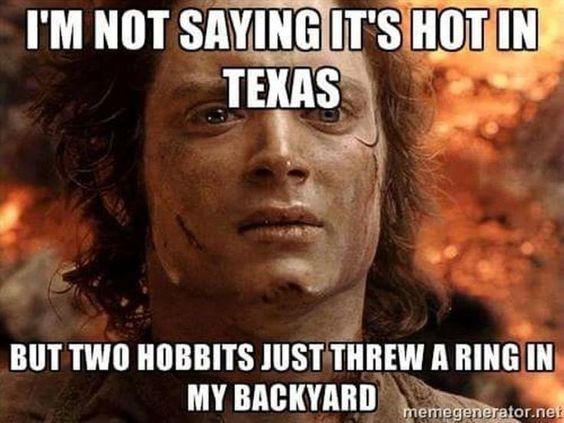 And this was proven while camping at the lake. The hottest time of the day 2 p.m. to well 3 am the next morning. lol

Upcoming Releases and Out Nows 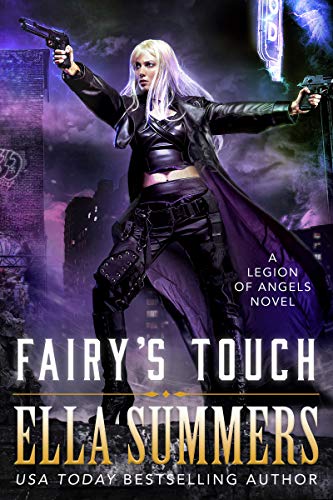 Leda Pierce has come a long way since she left her home on the frontier of civilization one year ago to join the Legion of Angels. She is a soldier in the gods’ army, has crossed swords with demons, and shares an apartment with her angel lover in New York.
Every day brings Leda closer to becoming an angel herself—until a promotion ceremony goes horribly wrong, leaving her powers in magical limbo. Worse yet, the gods have taken over her training at Crystal Falls. Leda’s failed magic and the gods’ impossible challenges are the least of her worries, however. Someone is using the challenges to expose people’s most-guarded secrets, and the skeletons in Leda’s closet would mean her execution."

This is the seventh book in the series.  So far I have enjoyed the series and the the main character Leda.
The first book in the Series is Vampire's Kiss. 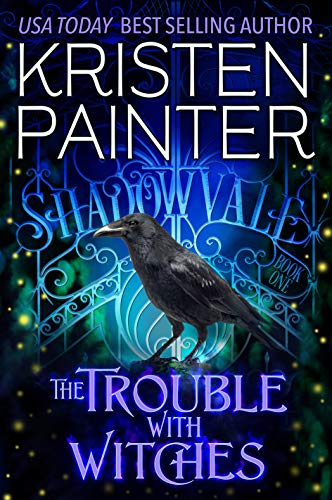 Shadowvale isn’t typical small town America. The sun never shines, the gates decide who enters, magic abounds, and every resident bears some kind of curse. No one knows this as well as raven shifter Deacon Evermore, who, like everyone in his family, has a curse. While his position as Shadowvale’s peacekeeper lets him use that curse for good, he’d rather live anywhere else. He stays for his family, but doubts he can last much longer.Fledgling witch Emeranth Greer is determined to escape her past and make a fresh start in Shadowvale with the aunt she’s never met. Her aunt and the town prove to be far better than she imagined. There’s no way Em is leaving this magical place. Especially when staying means more time with the handsome Deacon.But when Em’s troubled past catches up with her and nearly destroys the romance budding between her and Deacon, her instinct is to run again. Except there’s magic in the mix now and the town won’t let her leave. Only Deacon can save her, but can a cursed man clear her name…or will her history destroy them both?

what I am reading now

Found a new book to read. Clicking on the image will take you right to the amazon page for the book. Hope Everyone's Monday is going well.

Eventually my loving adoring husband is going to put his foot down and mean it. AAANNNDD I might actually listen. For though he indulges m...